“No one would have nice day,” I answered.

It wasn’t what he was looking for, but I’m not good with infinity. I can find the ends of it to wrap my brain around, and that’s disturbing.

Buster thinks these type of thoughts a lot. I don’t know if this means he’s destined to become a great philosopher, an accomplished astronomer, or the next Rain Man. It’s good to indulge in deep thought once in a while, but I’m not sure forever thinking about infinity will end well, or at all.

Buster would rather conduct his own thought experiments than accomplish the usual academic goals like learning to read. Two months in, he’s still not sold on Kindergarten, because, in his words, “They make me do things I don’t like to do.”

I can identify with that. It happens to me all the time at work. Still, he has to go to school and I have to go to work so we don’t both end up in an infinite loop of poverty. 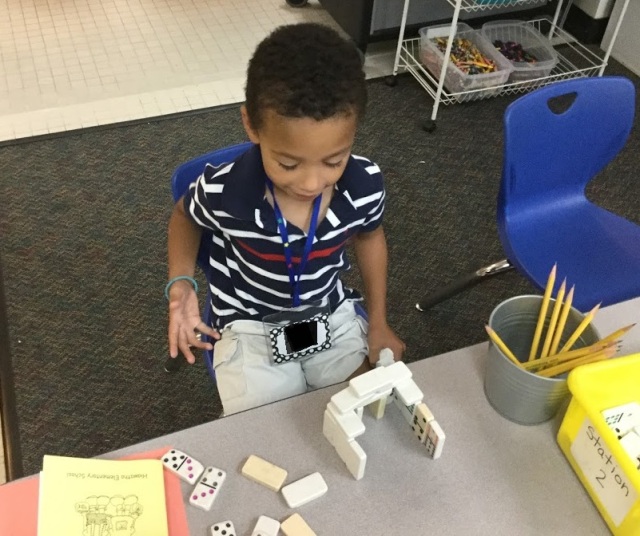 They make you build things out of dominoes in Kindergarten? I had no idea it was that horrible.

The thing to know about these deep thinking philosophers who don’t always want to go to Kindergarten is they can be moody. The moodiness strikes hardest in the morning when it’s time to get ready for school. This morning, the disgruntled whimpering started early.

Sometimes when I ask him what’s bothering him, I get a whiny grunt that means, “If you were the kind of parent who loved his children, you’d know what’s wrong without having to ask.” Today I actually got an answer: “I wanted to sleep in the bed with you and Mommy. And I want you to make a fire.”

I explained that everybody had to get up and asked him if he were cold.

He shrugged. “A little.”

Mommy put on his jacket and we sent him to school.

The desire to climb into bed with us, I understand. It’s his favorite Saturday morning ritual. Making a fire is another story. We haven’t thought about our fireplace since last March and we’ve never built a fire before school.

It’s a good thing he told me the problem instead of giving me the “If you loved me, you’d know,” grunt. My love for him is infinite, but maybe that proves there’s a limit to infinity, because I still would not have loved him enough to know I was supposed to build a cozy fire on a random weekday before school.

It looks like I may have to crank the love up beyond infinity to understand him. I hope infinity + 1 is enough, because that’s the largest number I know.

21 comments on “To infinity and beyond”