We have a house full of fleeting superstars. For one week every year, one or more of the boys is the superstar student at his school. Apparently, third graders have outgrown the notion of revolving notoriety, so only Buster basked in the limelight of stardom in his preschool this year.

Being a superstar is not all fun and games. There are responsibilities associated with the honor, and this is what a superstar’s parents are for. Any superstar worth his salt requires a poster board with pictures of himself in all his glory. Parents are usually good for making these, and even when they are not, they can be counted upon to recycle the one from last year into a presentable placard.

As a parent of an annual superstar, the most daunting responsibility is supplying a healthy snack to the class. The key, and vexing, word here is healthy. As the child of a simpler time, healthy snack is the epitome of oxymoron to me. Healthy is an adjective that belongs paired with the noun leftovers. The noun snacks deserves a more appropriate adjective, like sugary. The following sentence illustrates how these combinations were intended to be used in conversation: There are plenty of healthy leftovers remaining in the corner, where we shoved them to prevent their impeding our access to the sugary snacks.

To me, a snack is an item 90% of kids will readily eat. I don’t know how to make anything healthy that meets this criterion. I’ve heard some parents know how to make healthy both fun and delicious by constructing adorable designs with various fruit bits and toothpicks. I’m not young and hip like those parents. I am just old enough to know that both fun and delicious take a back seat to pain when the toothpick shard hits the soft gum tissue.

Besides, my kids like their fruits segregated, so they can be analyzed, and probably rejected, separately.

This year, Buster chose spaghetti as his healthy snack, proving he is a genius in addition to being a superstar. I was taken aback by the logistics of providing spaghetti to a classroom, but Mommy went with it (after approval from Buster’s teacher), proving where Buster inherited his superstar genes. 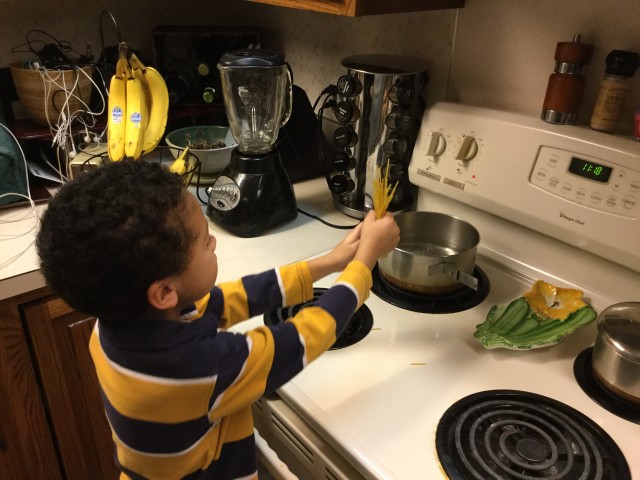 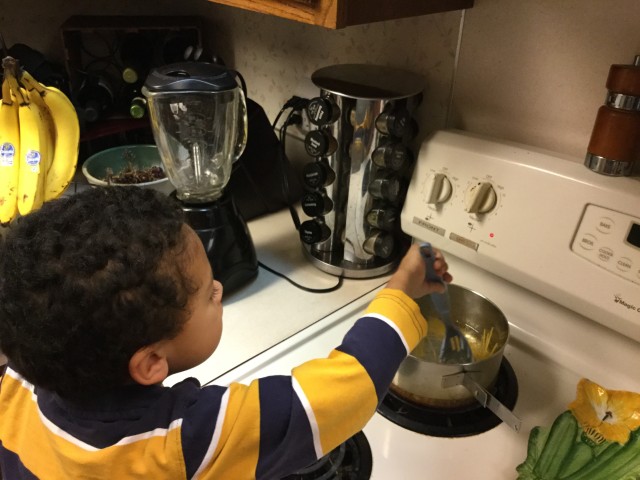 She bought disposable bowls, forks, and wet wipes. We cooked spaghetti and cut it up into short strands. This, with a bowl of warm sauce, filled up the insulated bag, covering the two secret packs of Oreos tucked underneath. Every superstar keeps a an ace in the hole.

Buster’s teacher reported the spaghetti a success, but wondered why Buster didn’t want any for himself. Here’s the thing about Buster: he’s a forward-looking superstar and spaghetti was yesterday’s idea.

He confirmed he didn’t eat any spaghetti. “But,” he said, “I ate an Oreo.”

Judging by the empty containers, his classmates feasted on spaghetti and Oreos. They and their teachers are all superstars, allowing us to get by with a more-or-less healthy snack, unsullied by the mockery of me trying to stab blueberries with toothpicks.

18 comments on “A true Superstar delivers the pasta”