The thing that made me realize I had, up until then, been sleeping so good was a hand that shook me awake. “Daddy, I had a nightmare,” the seven-year-old owner of that damned hand said to me.

“Go back to bed,” I replied. This is my standard response to all young people at 5 a.m.

“I can’t. I’ll have it again. I need to sleep with you.” He tried to strong-arm his way onto my bed. Mommy leaves me about a quarter of the bed as my portion, so there’s no room at the inn. Mommy’s not giving up any of her three-quarters; the boy knows this and it is why he came to my side.

I don’t even ask him to relate his bad dreams anymore. There’s no point. They are about as scary as an episode of Peppa Pig. You want to know about a really scary nightmare? I’ll tell you a scary nightmare.

Not this night, because I was sleeping so good, but last night, I dreamt we had to leave our house and move into a single bedroom apartment in California. After all the time I spend fantasizing about living in a castle where the parents have their own wing, imagine my terror at having to share a tiny apartment with these kids. Now that’s a nightmare. And did I go running into his room to tell him about it? Hell no. In a perfect world, his wing of the castle would be too far for me to travel before daylight. 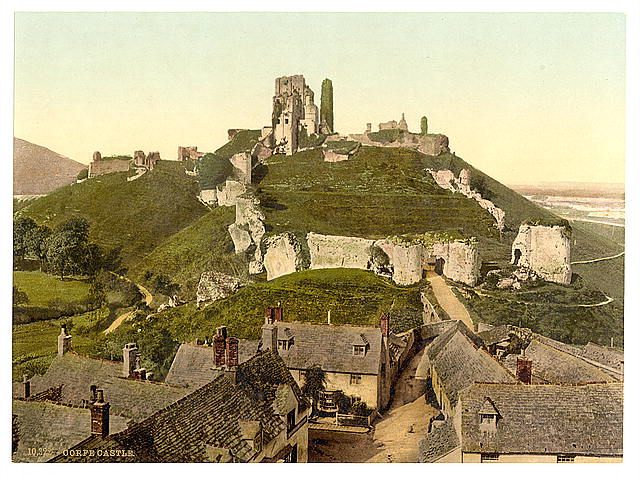 The view of the kids’ wing from my bedroom. (It’s the farthest away part.)

I resisted his efforts to usurp my allotment of sleeping area. “Go back to bed!” I said in the voice of someone who now fully realized just how good he had been sleeping.

“You have to come with me.”

Well, this was a victory of sorts. I got up and walked him back to his room. I tucked him into bed and was back in my room in less than a minute. I guess there’s a hidden benefit in not having my own wing.

I still had some time before work to get more sleep. And that is exactly what I would have done, had not I been reminded of the nightmare of living in a single bedroom apartment in California.  I thought I had put that horror behind me.

By now, my son was surely comfy in his bed, nightmare free, sleeping so good. Anyhow, it would be time to wake him up for school soon, and then we’d let him know just how good he had been sleeping.