I, being incorrigibly out of touch with what’s current and trendy in the world, don’t care for sushi. Fortunately, Shrimp makes a pretty good bowl of chicken teriyaki, allowing me to associate with the in crowd at dinner time. My wallet helps in this regard as well.

My son asks to go to Shrimp constantly. I can only eat so much teriyaki. Besides that, he can pack away three shrimp tempura rolls by himself. Then, my wife has to have her sushi, and I my hanger’s-on dish. It gets kind of pricey. We can’t afford to eat there every week. 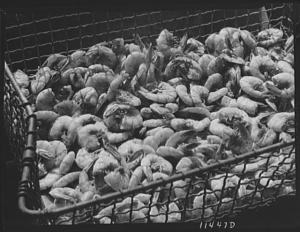 Meanwhile, at my son’s school curriculum night, his teacher showed us some little squares of yellow paper, referred to in Kindergarten parlance as Golden Tickets. Children earn a Golden Ticket by being exceptionally well-behaved. For those of us who looked worried about our child’s ability to ever meet this sky-high threshold, she guaranteed that every child would be sure to earn one during the year. Not only did this reassure me, it also put me under the impression that Golden Tickets would be scarce.

After two weeks of school, what does the boy bring home but a Golden Ticket. Okay, I thought, the teacher is unloading Golden Tickets early to get the kids excited about good behavior and spread some confidence. We’ll make a big deal out of this one, because we don’t know how many we’ll see once things in the classroom get real.

As expected, the boy asked to go to Shrimp that night. Who am I to refuse the bearer of a Golden Ticket? At the restaurant he shoveled sushi away like the deserving soul he was. When the bill came, I was first struck by poverty, and then by genius. “If you want to come back here again,” I told him, “you’ll have to earn another Golden Ticket.”

I felt good about the months of dinner savings I had just won for myself. This child was the perfect blend of his mother’s talkative nature and his father’s rebelliousness to invite a long drought of Golden Tickets. His most strenuous efforts to win favor would be doomed by biology.

Four whole days later, my wife called me at work with a message from the boy. “He wants you to guess what he brought home from school,” she said.

There was a substantial part of me that hoped for head lice. But I knew the awful, golden truth.

It’s going to be a long, expensive year. My genius lies shattered on the ground – under the table with the rice crumbs from my son’s three plates of shrimp tempura.

Since the writing of this post, we have acquired a third Golden Ticket. We’re going to need more Presidents and sting rays.

15 comments on “Into each life some shrimp must fall, but too much is falling in mine”