Like hell I wouldn’t. I clobber them over the heads with Santa.

“Santa won’t want to come here if these toys aren’t picked up.”

“Santa looks unfavorably upon little boys who won’t be quiet when Daddy’s watching the game.”

“Santa this; Santa that.” It’s all Santa, all the time. Sometimes it even works. Sort of.

A watched pot never boils, especially when the watcher made noise all through Monday Night Football.

Santa’s pulled a lot of weight around our house when it comes to keeping kids in line, even without the help of that creepy Elf on the Shelf, who has yet to prove he’s officially sanctioned by Santa.

Eventually, Santa will abandon us, and then I don’t know where we’ll be. I can only hope he will have done well enough raising our children that we can take over without a large drop off in behavior or, more importantly, convenience.

But Santa is not the only force of manipulation in our house. Lately, Buster has discovered a new force he’s sure should persuade me to do what he asks.

If I tell him I won’t give him a bowl of gummy bears for breakfast, he looks up at me with big, sincere eyes and tells me. “All the daddies do it.”

I say, “No. Daddies don’t give their children gummy bears for breakfast.”

He gives me a what-rock-have-you-been-living-under? look and insists, “Yes they do. All the daddies.” 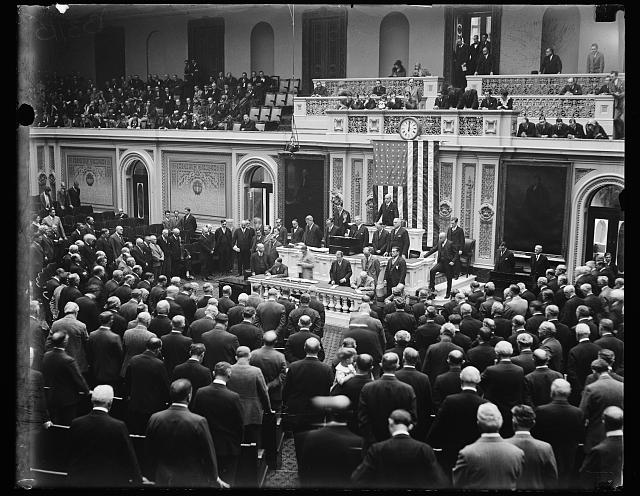 The motion is passed. The Council of Daddies decrees that, henceforth, all the daddies will do it.

I’m not sure where he learned about peer pressure, or how he found out what all the daddies are doing these days, but it worked out for him that they are all doing just the sorts of things he would appreciate. Sadly, the only daddy who is out of step with the times is his own. What a rotten luck of the draw.

Lest you think parental peer pressure is reserved for daddies, I have overheard him play the all-the-mommies card as well. Apparently, all the mommies have joined all the daddies in opening up a world of limitless sugar and playing ball in the house to little boys.

It frustrates him that his parents have not joined, or even been invited to, the revolution. But we are older than most parents of three-year-olds, and not very hip. We’re stuck in the old ways. We think he should get his morning dose of sugar from someone we trust, like Cap’n Crunch, not from a fly-by-night mob of nameless bears.

This doesn’t stop him from using the new thinking of all the daddies and mommies to try to influence our parenting. Likewise, a reminder that Santa is watching only keeps him on the straight and narrow for about a minute, but that doesn’t stop me from going to the Santa well at every opportunity.

In either case, you’ve got to do the best you can with the tools you have.