Another hooker is after me.

I’m not sure she’s a bona fide hooker; I’m giving her the benefit of the doubt.

This is not in real life, of course. This is even more real than that because it’s on Facebook.

About once a quarter I get a Facebook friend request from someone I’ve never met. I’m not talking about one of those where the name might almost sound familiar if you close your eyes and repeat it slowly. These are total strangers, always women.

Because I’m the kind of guy who never turns my back on anyone without being sure she is not someone I used to know, I click the link that takes me to her wall, or whatever FB calls the place where you keep your naked selfie. This is followed by a sigh, as I think, “Oh my! I’m sure I’d remember her.”

I know she means me no good. She is only some invention, created to lure me to the dark side of FB, if there is a side darker than the shallow political memes and associated insightful commentary.

Therefore, I’m sorry, lovely young lady who really knows her camera angles, or creepy dude who stole her photo and attached it to a fictional name on Facebook – I cannot be your friend. Your seven admirers will check in on you regularly, I’m sure. 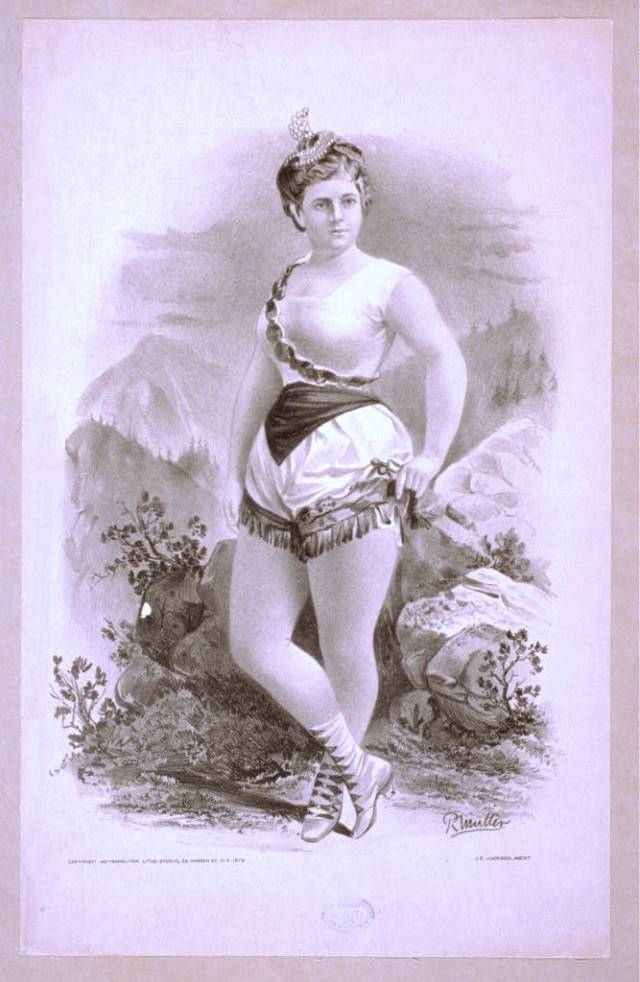 I don’t know what the end goal of this proposed acquaintance is, but it disturbs me in a couple of ways. First, my oldest son is becoming aware of social media. He is also realizing there are parts on women that make his pupils dilate for reasons he can’t understand. The Internet and his own wide eyes can easily lead a boy astray. I’m trying to stop him from going astray, but it will be harder to keep the Facebook Hookers and their ilk at bay as he gets older.

I hope there are still a few years between us and this danger. In the meantime, these nefarious friend requests disturb me because they are the most common requests I get anymore. The world has run out of real people who want to be my friend, even in an unreal way. I’ve long ago given up on my ability to make friends in three dimensions, but now it seems I’m nothing special in two dimensions either. That’s okay though; I flourish amongst one-dimensional people.

This is the world we live in. I’ll be busy protecting my children from the pitfalls of social media. So if you are a 22-year-old woman, or are pretending to be, it may take me a while to get around to remembering you from our 1980s college days.

I was playing with the boys in the living room one afternoon. The TV was tuned to one of the cartoon channels they require, even when they are paying no attention to it. A Thursday afternoon in August is a pretty good time for a sports fan to watch cartoons, so I put up no argument.

I wasn’t paying attention to the TV either, until a particular commercial caught my eye. It was a Public Service Announcement extolling the virtues of exploring the forest. At least I assumed it was a PSA, unless there are for-profit forests springing up around the country, which there probably are. I’m inclined to conclude it was a PSA, as the forest visuals looked pretty generic, there being no water slides or Disney logos carved into trees.

I like the forest as much as the next guy, so I was all on board with the sentiment. I was just about to think to myself: “What a pleasant tribute to America’s forests” when I heard the final line of the ad. The voice-over advised me to go to a particular website to find a forest near me. 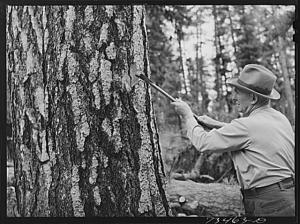 “One day there will be some kind of talking box that will tell me what this thing is. I’d better poke at it while I’m waiting for technology to answer all my questions.” (Image: Russell Lee/US Farm Security Administration)

My jaw dropped. Really? I need to go online to find the woods? Is this what America has come to?

Okay, it is true that I practically grew up in the woods, so all I had to do was go out the front door to find acres of trees. But honestly, people in other walks of life are having a hard time finding the woods without the aid of computers? The very idea makes me sad.

My son is five years old. When he walks out the door of his house, he sees other houses all around. Yet, I am confident he can take me to the woods in any direction I choose. Yes, he might need the aid of a car to get there, but he doesn’t need the Internet. He is the Internet of finding the woods, because he’s a child.

If you’re having trouble finding a forest near you, you don’t need a computer; you need a kid. Kids have a strange and magnificent instinct for recognizing trees. If you are unsure what that clump of three-story-tall plants is, just ask a kid. They’ll help you figure it out. 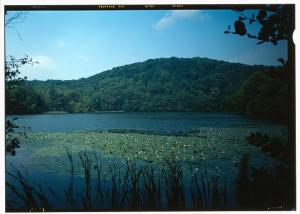 A forest. I found it on the Internet. And I didn’t even have to put shoes on. That’s what I love about the Great Outdoors.

Or you could Google it. That’s probably more convenient, as it eliminates all that burdensome white noise of wonderment.

I don’t wish to leave the impression that children are good for only this one thing. They are not one-truffle pigs. In many respects, they are just as useful as computers. In case your search engine is giving you mixed results, here is a short list of things kids can help you locate.

But there’s probably a web site to help you find each of these things, too. So, either way . . .