Our son has learned a lot in kindergarten. His reading skills are pretty good, and his math knowledge is growing. And then there’s everything about love and romance he’s picked up in the past year.

In the fall, it became clear that he had a crush on one little girl. Whenever I mentioned her name he would blush and get that secretive smile on his face. It embarrassed him to answer questions about her. My wife would scold me for making him squirm, but then she doesn’t fully understand a father’s job.

Mid-year, he traded this crush for a new one. In fact, he traded it for two new ones. I really can’t argue with the boy showing this sort of ambition, but I was taken aback about how open he was about them.

By the sounds of it, everybody in his class has a crush on somebody else, and then maybe somebody else after that. Once this conspiracy of crushes came to light, crushes became cool. All the kids are having them.

Suddenly, he likes to talk about his crushes. Here’s what he’s got worked out:

He’s going to marry his #1 crush. Except, she has a crush on somebody else. He’s not completely sure how this will affect his plan, but he does recognize it as a minor complication. He still fully intends to marry crush #1, but if it turns out she’s carrying too much external baggage, he always has crush #2 in reserve. Crush #2 may actually have a small crush on him too, making this a solid contingency plan.

The situation has completely reversed itself since last fall. Now I have to rib him by referring obliquely to Crush #1. When I hint that I’m speaking about her, he demands that I say her name, right out loud, in front of Mommy and everybody.

This change from a boy shy about girls to Rico Suave has been an eye-opener. I’m afraid some day he’s going to open his mouth and Barry White’s voice will come out of it. But it seems like these kids have also been following current events as they apply to the legal aspects of romance. I guess it’s good that they’re learning about the world around them, but if I were in kindergarten, I think I’d rather just play on the swings a while longer.

Last week he told me one of the boys wanted to marry him.

This was a new development. “One of the boys?”

“Yeah.” Then he went on to educate his backward, old dad. “Boys can marry boys, but only in New York,” he told me. “And girls can marry girls, in New York.”

He shook his head at me and gave me a look that asked if I had been paying any attention at all over the past several months. “No. I got other people I’m in love with.” 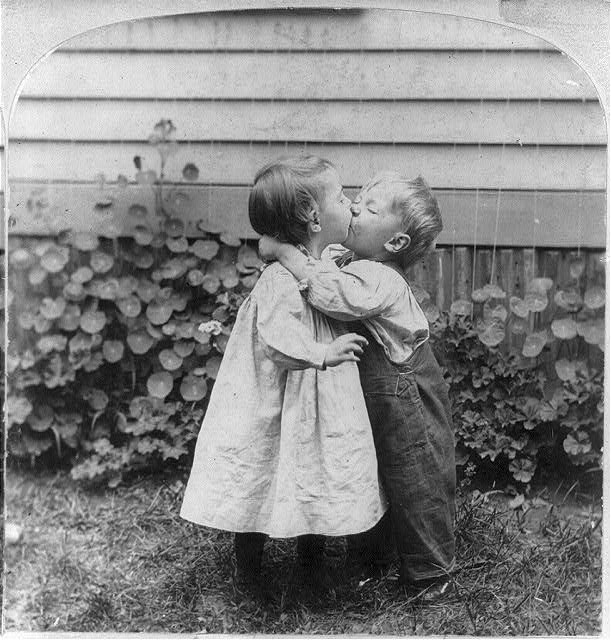 13 comments on “Reading, writing, and romance”