Okay, now that the celebrating is done.

This milestone reminds me that as a blogger, I am part of a blogging community. I have not been the most diligent member of my community.

Fellow bloggers have nominated me for blog awards three times. These nominations do not culminate in formal ceremonies. Rather, they are the way bloggers recognize the work of fellow bloggers that they enjoy. It’s a way to tell another blogger that you really appreciate the work they are doing.

These nominations come with responsibilities. With some minor variation, the recipient is supposed to:

I have been very bad at handling these responsibilities. The following doesn’t completely make up for the shirking of my duties, but I hope it makes some difference.

These are the blogs who have nominated Snoozing on the Sofa:

Sandy’s Spotlight nominated my blog for the Irresistibly Sweet Blog Award. Sandy’s Spotlight features reviews of books and author interviews. It’s a great spot for finding new authors, and Sandy is just about the most generous person you’ll ever meet.

Ned’s Blog nominated my blog for the Liebster Award. Ned’s Blog reminds me of The Onion, except that it’s all written by one guy, Ned. He’s one funny dude. 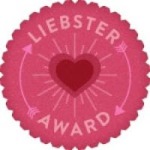 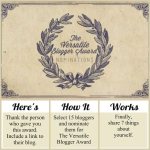 Here are some facts about me (whether you want to know them or not): 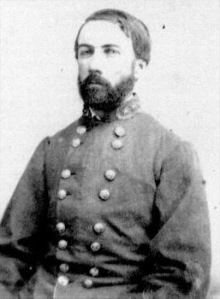 Daniel Harvey Hill. He probably would have hated my Yankee guts.

For these three awards, I am supposed to nominate a total of about 35 other blogs. I don’t know 35 other blogs or bloggers well enough to make that many nominations. (See number 1 in the above list.) Instead, I’m going to nominate 10 blogs that are worthy of all the aforementioned awards. I hope everyone will check them out.

year-struck – It’s like a primer for those who love the English language.

Listful Thinking – Restores my faith in the next generation’s ability to write and execute satire.

South of the Straight – Travel, art, raising teenagers: all sorts of stuff I need lessons in.

Traci Carver– The life and times of a school teacher in the southern U.S. They can make a pie out of anything.

Papa Angst! – The trials and tribulations of an at-home dad.

Chronicles of Dad – A fortyish father who is also a Pittsburgh Steelers fan. Coincidence?

Dirty Rotten Parenting – Hey, all parents take shortcuts once in a while.

don of all trades – His taste in beer is suspect, but he still writes some funny stuff about family life.

UNDEAD DAD – Some eloquent pieces about fatherhood and being a writer.

Thanks to the bloggers who have nominated Snoozing on the Sofa. And thanks to all the bloggers who supply me with entertaining reading. And to all the folks who come here regularly to read a little, and hopefully grab a smile, thanks for putting the fun into these 100 posts. I hope to see you all again to celebrate the next 100.