The oldest boy is playing basketball this winter. I am happy to report he appears to have a brighter future as a basketball player than he does as a soccer player. For one thing, he’s taller than most of the other kids. Now if he would just learn that he’s allowed to jump for a rebound, he’d be on the road to stardom.

My son’s team is made up of role players. On a team of 1st and 2nd graders, every kid (my boy included) is convinced his role is to shoot the ball as often as possible in each game. If this means picking up his dribble, taking a large hop to one side, then resuming his dribble in the clear, in order to get a better shot, then that’s just the strategy adopted. Passing the ball to a teammate is the last resort, only to be considered when one is in danger of being crushed by five closing defenders.

It occurred to me that if I were the coach of such a team, I would tell the boys, “If you want to win games, you’ve got to work as a team.” Upon thinking this, I realized I would say no such thing, and for one simple reason: Nobody wins games in our league. There are no winners or losers, just a bunch of elementary schoolers running around the gym, each craving the chance to add to the number of baskets he’s scored.

Nobody keeps score. Officially. Some of the parents keep it quietly in their heads. The kids try to keep it, but their tallies vary widely. They are much more precise at counting the number of points they have scored individually, which bodes ill in this team sport. 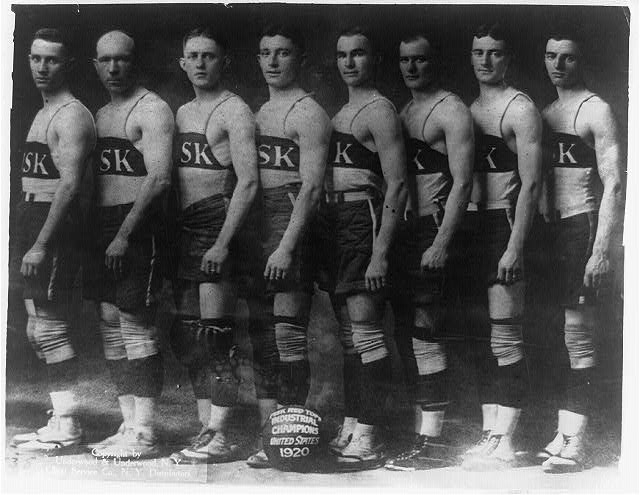 You’ll never become Industrial League Champs if you don’t learn to work as a team. Also, you may to keep score in some of the games.

Not keeping score is society’s admission that it no longer trusts parents to teach sportsmanship. There may be good reasons for this lack of trust, but it is a mournful admission just the same. It means society doesn’t trust itself to produce humans that are, on balance, kind people. That’s too bad, because nothing improves that doesn’t trust itself.

In our league, and probably most leagues like it, we have limited the chances of gloating, hurt feelings, and the other disappointing aspects of competition. In doing so, we have limited the opportunity to experience the inspiration of contributing to a team effort, and the ideal of putting the team’s success ahead of one’s own. Is the tradeoff worthwhile? Can they make up for lost teamwork concepts when they’re older? I’ll have a more fully developed opinion on that in a few years.

Meanwhile, there are rumors that the refs are going to crack down on traveling and double dribbles. This has to keep the coaches up at night. I would much rather have to teach these kids good sportsmanship, citizenship, civics, and probably even advanced mathematics than how to resist the urge to shuffle a few feet to the right to get a clear shot at the hoop.

20 comments on “A game nobody wins”