I was a toddler, about a year away from starting my first job. It’s possible farm kids enter the workforce sooner. My first job entailed sitting on a rock and calling the cows down from the pasture at milking time. I did such a good job of it, I was promoted to jobs with more responsibility. I regretted that none of these higher jobs involved sitting down. 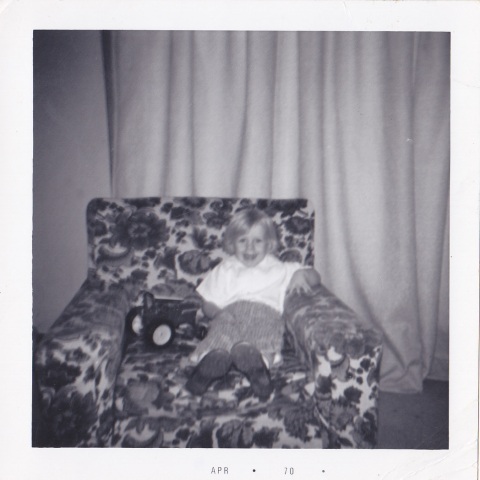 I was in 7th grade. My father died in 1976, so we no longer operated the farm. I was excited for the 1980 Winter Olympic in Lake Placid. It was a big deal having the Olympics in our state. On weekends, they showed Nordic events on TV. Afterward, I would put on my skis to race around the perimeter of the cornfield. I wore my watch so I could try to beat my best time.

Becoming an Olympic biathlete was my sports dream, but it never had a shot. We didn’t have any ski clubs and there was no Internet to help find such things. I just skied around the field, enjoying the dream for what it was.

I had graduated college the spring before and moved to Los Angeles. I quickly discovered that my freshly printed degree in Video Production was an express ticket to working retail sales in that town. I worked in the Glendale Galleria, selling personalized mugs and engraving glass and metal. Beginning at minimum wage, I was bumped up to $6/hour when I became a competent engraver.

I was at a drive-through ATM one day when my car began to shake. The ATM screen promised me I had no money for repairs, but after a minute the car calmed down. I drove home fearing a breakdown, but the car behaved. Turning on the TV, I breathed relief at learning it was only an earthquake. 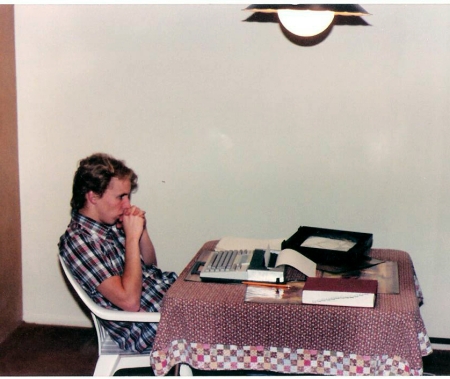 We survived Y2K; that was good. California and a few other sojourns were long past. I was already working the same job I have now; a fact that gives me pause. I was single and living in a tiny loft apartment. I wouldn’t meet my wife for two more years.

After years of fits and starts, I started to take writing more seriously. I submitted a novel to POD company, not realizing how immature the writing of a 32-year-old could be. I don’t know if blogs existed yet. I certainly hadn’t heard of them.

I had a kid! I owned a house! Not to mention the whole marriage thing. After years of assuming I would grow old in my little apartment with a growing pile of unpublished manuscripts (my version of cats), I had people around me to help me grow old. (I mean that in a good, easing sort of way – mostly).

I’d worked for the same employer for 10 years, which felt kind of odd. Who does that? But there was more waiting for me at home than edits and rewrites, so things were good. I would start this blog within the next two years.

I have three kids now – still only one wife. I have published three more books, all so much better than that first one. This blog is eight years old. I hope it has a few more years in it. Tonight, I will coach 6th grade basketball practice, which is just one of the many cherished privileges my children have offered me.

And now you’re all caught up.

P.S. Almost forgot. I have a cell phone now. I held out for decades, but you know how we young fellows are susceptible to peer pressure.