Big Brother just finished his second season of playing organized basketball. He seems to have found a sport he loves. He’s pretty good at it, much better than at soccer. This is not surprising since he seems to have good hand-eye coordination but is not a natural athlete. Soccer limited the use of his best asset; at least he was allowed to use his eyes.

We have a hoop in our driveway and he often wants me to play with him. Sometimes I do, but sometimes, like in February, it’s too cold for old folks to be shooting hoops outside. And sometimes there’s a good basketball game on TV, where we old men play most of our sports. These days, my best athletic moves involve transforming from the upright to the reclining position.

Meanwhile, the boy has received, as gifts, at least three small, indoor hoops that hook onto the top of doors. Mommy shudders every time he gets one, because he always wants to hang them from the door of his bedroom. This ignites the age-old conflict between moms and playing ball in the house. For my part, I see Mommy’s point, but I also remember how fun playing ball in the house could be, so I have mixed emotions.

As a compromise, Big Brother was allowed to hang a hoop over a door at the bottom of the basement steps. When he has a friend over, they can often be found playing basketball in the basement. This is doubly good, because not only does it keep the big kids from in front of any game I might be watching on TV, it encourages the little boys to go downstairs and play in the toy room there.

I’ve grown accustomed to hearing talk of slam dunks from the bottom of the stairs, but last weekend I heard something new. After the friends had gone, there was still the noise of kids playing basketball in the basement. Big Brother was sharing the sport he loves with his little brothers. “Is this a three pointer?” I heard Buster ask. Big Brother explained the rules; he was actually teaching them.

I love this on lots of levels: first, I love that no one was fighting – that’s always a plus in our Itchy & Scratchy household. I love that the little boys are developing an interest in basketball. I love that admiration for their big brother is the cause of this. I love that Big Brother wants to share one of his favorite things with them.

I called the boys to come upstairs for dessert. Big Brother and Buster came up, but Big Man kept practicing. He needs to stand on the second stair to get the ball near the hoop. I asked him what he wanted for dessert. “Nothing,” he replied, “I’m paying bassetbaw.”

There he stayed, practicing his second-stair shot. I’ll remember this day when he’s swishing three-pointers. I hope Big Brother does too, so we can be proud together. 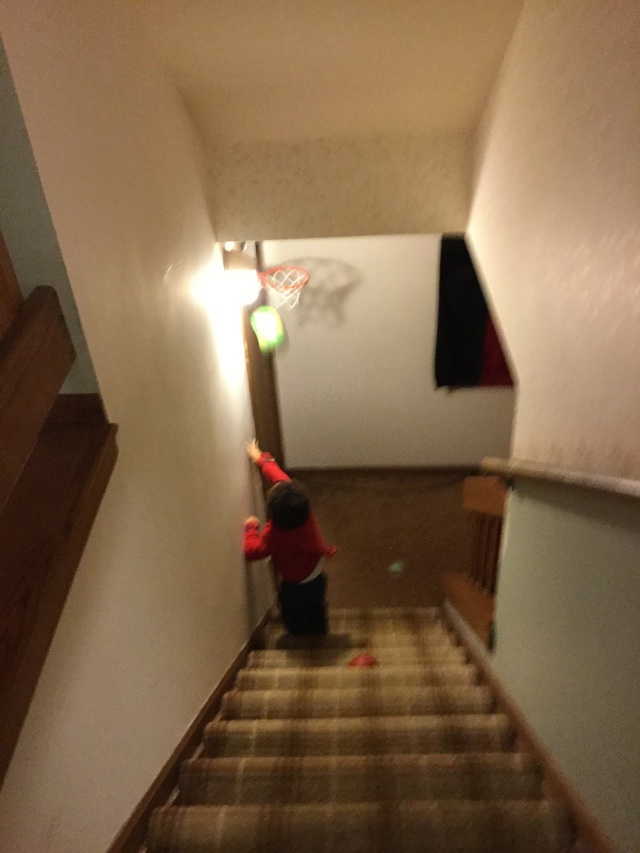 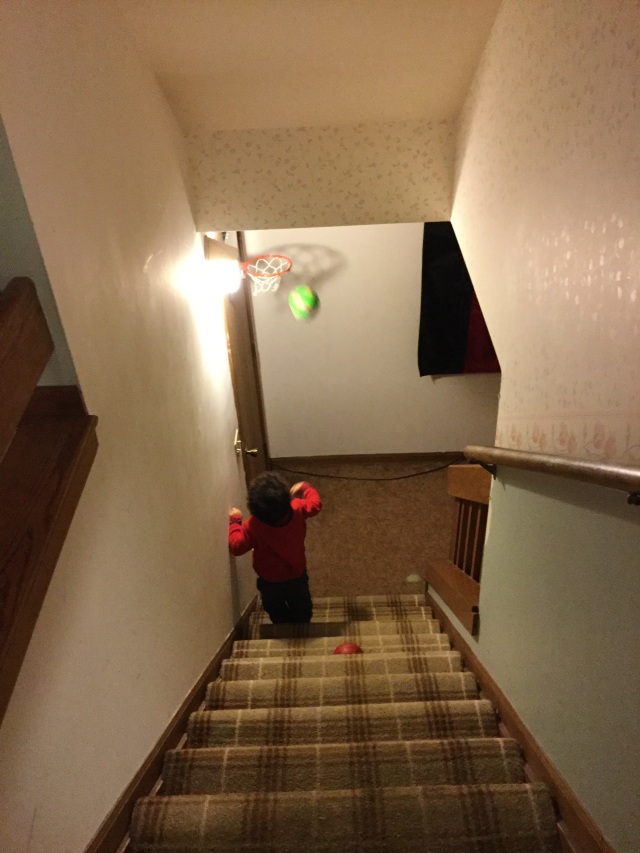 With a two-step handicap. 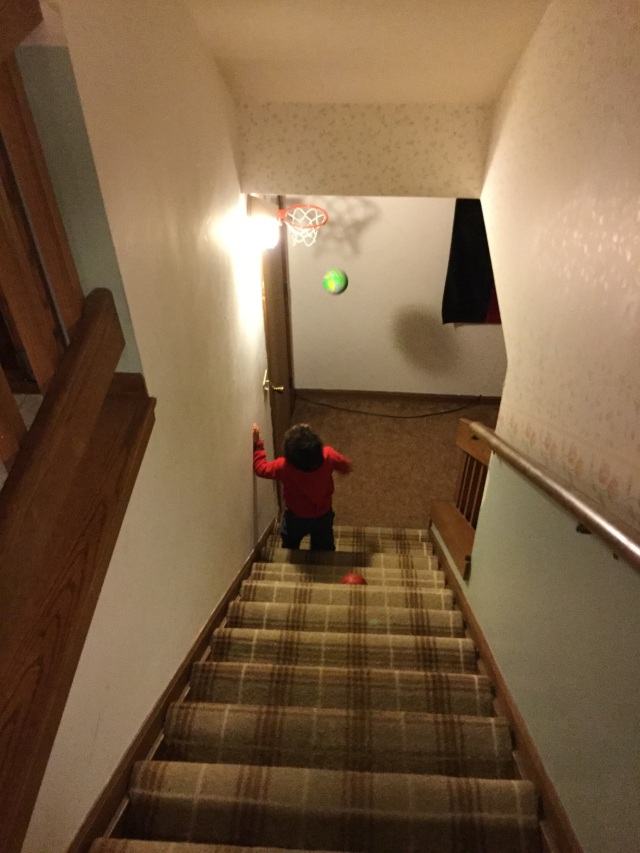